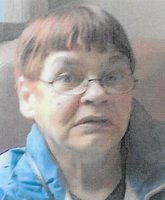 It is with sadness that we announce the passing of our mother, Norma MacLean, 67 on Thursday, February 21st, 2019 at the CBRH, Sydney.

Born in Ottawa Brook, Cape Breton she was the daughter of the late Michael Norman and Margaret (Marsh) MacLean.

Norma will be remembered as a very loving, caring and family orientated woman.

Besides her parents, Norma was predeceased by her husband, Michael James MacLean in 2011, son, Brian, sisters, Florence and Marcella as well as other siblings.

Donations in memory of Norma may be made to the Autism Society. On line condolences to the family can be expressed at: www.vjmcgillivray.ca