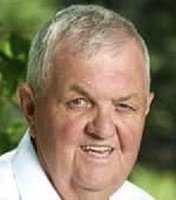 It is with great sadness that we announce the passing of James “Peter” Hickey on Thursday, June 25th, 2020, at the age of 74. He passed away peacefully at home surrounded by his loving family. Born in Glace Bay, Peter was the son of the late Edgar and Jessica (Campbell) Hickey of Glace Bay, Nova Scotia. He is survived by the love of his life, Angela Hickey (Cechetto), son, Shaun Hickey (Paula), daughters, Regina Raymakers (AJ) and Roberta Pyke (Jeremy) along with his grand kids, whom he loved so dearly and they were his pride and joy, Alexa, Erin, Sandy, Shelby and great granddaughter, Arwen. He is also survived by several brothers and sisters, Carmel Jessome (Roddie), Tommy Hickey (Diane), Leone Egan, Danny Hickey (Leona), along with many cousins, nieces and nephews. Besides his parents, Peter was predeceased by his younger brother, Sandy Hickey and sister, Beverly Mac Neil (Kevin), his mother-in-law and father-in-law, Angelo and Italia Cechetto, sister-in law, Stella Marks and step grandson, Justin Raymakers. His life’s activities were centered around his family, there was nothing he loved more than watching his family participate in their many sporting events and cheering them on. He started out working for the British Canadian Co-op delivering milk, then worked for J.W. Rudderham, where he got his first taste of being a burner mechanic. He eventually took the leap, and worked endless hours to build a successful business, Hickey and Lynk Burner Service, a business that has proudly served the Cape Breton area for 41 years. He was assisted to get the business to where it is by his wife, Angela, his son, Shaun, Paula MacDonald and the rest of his devoted employees. Peter has always been an avid golfer (who didn’t mind sharing his tips), a member at Bell Bay Golf and Country Club, and a former member of the Lingan Gold and Country Club. He loved boating with his family and spent as much time as he could on the water. He loved nature and camping, especially his trips to Florida and the trip he and Angela took across Canada to Alaska. Peter was a member of the Free-Wheelin Motorcycle Club and loved going out for rides with family and friends. He loved fishing, hunting and spending time in Baddeck. He was a very faithful man, and was a member of the building committee at St. Eugene’s Church, and helped with the rebuilding of the church. He loved telling jokes and stories, any visit with Peter always included a joke of two. He enjoyed a good game of cribbage along with playing guitar and was an honorary Knights of Columbus member. He had a profound love for animals, especially for his dog Mickey. The family would like to send a special thank you to the VON and Palliative Care Team at the Cape Breton Regional Hospital for the compassionate care provided to him during his last days and to Dr. McFarlane, who supported our family during dads illness. A private service will be held. Any donations can be made to the diabetic association or the Heart and Stroke Association. Arrangements are under the direction of V.J. McGillivray Funeral Home, Cremation and Reception Center, 16 Reserve Street, Glace Bay. On line condolences to the family can be expressed at: www.vjmcgillivray.ca