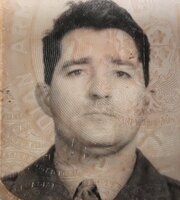 John “Jack” William Wilson (1931-2021) Glace Bay John “Jack” William Wilson at the age of 90 peacefully passed away on Tuesday October 26, 2021 on the Veteran’s Unit of Taigh Na Mara, Glace Bay Nova Scotia. Jack was born in Cambridge, Massachusetts but was raised in Reserve Mines, NS. He was the son of the late Jack and Agnes (Murphy) Wilson. Jack was a devoted husband of 60 years to Rita “Muddy” Wilson (nee Curry) prior to her passing in 2014. He was a loving and supportive father to daughters, Cheryl (Les) Hartridge, London Ont., and Jean ”Tood” (Ron-deceased) Campbell, Reserve Mines NS., and son John (Phyllis) Wilson, Calgary Alta. He was the proud grandfather of Mackenzie (Jordan) Hartridge, Toronto Ont., Eli Wilson, Calgary Alta., Jesse (Derek) Wilson, Calgary Alta, and Derrick McNeil, Reserve Mines NS and great-grandfather to Boedi Hunter, Calgary, Alta. Jack was predeceased by his sisters, Shirley Chisholm, Hamilton Ont., and Adeline Fraser, Reserve Mines NS, and his brother, Bill Wilson, Glace Bay NS. He will be sadly missed by his sisters, Ruthie (Vince-deceased) Cameron, Reserve Mines, NS and Vina (Howard) LaFever York PA, and brothers, Eric (Willena) Wilson, Reserve Mines NS and Jerry (Linda) Wilson, Halifax NS. Jack also will be warmly remembered by his many nieces and nephews living across Canada and the USA. Jack proudly served in the Canadian military -the Royal Canadian Regiment (London, Ontario). During his 20 year career, he was stationed in Germany and was a peacekeeper in Cyprus for which he received the United Nations Medal. Heartfelt thanks to Dr. McLean and the staff of the Veteran’s Unit, Taigh Na Mara for their kind and respectful care. Jack was a very generous man who never minced words- you could always count on him to ‘tell it like it is’. He was much loved by family and friends in both London, Ontario and Cape Breton and he will be sorely missed. Respecting Jack’s wishes there will be no visitation or service. Cremation has taken place under the direction of V.J. McGillivray Funeral Home & Cremation Center, Glace Bay NS. Memorial donations may be made in Jack’s name to the Royal Canadian Legion Branch 317 in London, Ontario or to any local Legion. On line condolences to the family can be expressed at: www.vjmcgillivray.ca