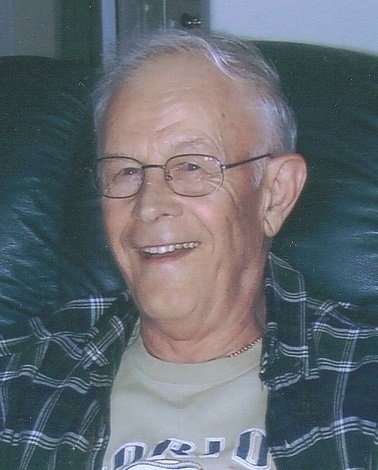 It is with great sadness that we announce the passing of our beloved brother, uncle, father and grandfather. After a yearlong struggle with cancer, Edgar, 91, passed peacefully in his sleep, Monday, April 8, 2019 at Lewis Hall, Parkland at the Lakes, Dartmouth, NS.

Born in Glace Bay, Edgar was the eldest son of the late Paul and Alice LeBlanc.

He is survived by son, Marcel LeBlanc; grandsons, Kevin and Marc; two great-grandchildren, Jordan and Marcus; sister, Josephine LeBlanc; brother, Cecil LeBlanc; nephew, John Woodburn and many other nephews and nieces.In addition to his parents, Edgar was predeceased by his wife, Margaret (Lever), and by his darling little girl, Theresa; as well as, three brothers, seven sisters, and two nephews.

With his father overseas, Edgar became “the man of the house” at a very early age. Leaving school, he held his first job at 14. Three years later he volunteered for the special services. After 13 months in the army, World War II came to an end.

Once released from the army, Edgar was determined to have a successful career, despite his lack of formal education. With the help of three pocketsize manuals, ordered from the Sears Roebuck catalogue, he began to work at local construction sites. He was a self-taught man; well-known and respected throughout the area, first as a skilled carpenter, later as a construction site superintendent. Edgar always said with great pride, there were few buildings in Glace Bay and Sydney that he hadn’t worked on or built.

A devout Catholic, Edgar was a very active member of Holy Family Church in McKays Corner. Edgar was a member of the Parish Council and Choir, as well as a Eucharistic Minister. He often spoke of the happy memories of church functions and many hours of volunteer service. He contributed his time, passion and expertise, making a significant impact on his community. Edgar was honored to receive the Provincial Volunteer Service Award in recognition of his outstanding service.

Thankfully, we were able to keep Edgar at home until his final days. Throughout that time his love of history, classic movies, and music were apparent as he shared his favourite TV shows, “chair danced” to the old musicals, and told stories of his younger years. Many of these stories were about hardship and harsh conditions, but he had a unique sense of humour that left us laughing despite the grim details.

Edgar was an inspiration to the many people involved in his care; his devoted sister, Josephine LeBlanc, and nieces Valerie and Donna, the VON nurses, the NS Palliative Care Team, doctors and in his last days, the staff at Lewis Hall. Not only was he determined to maintain his independence, strength and clarity of mind; he did it with grace. His will to live was far stronger than the disease that tried to take him.  On what would be his last day at Lewis Hall, he told his nurse that he would miss her, bringing tears to her eyes as she ended her shift. Edgar was a kind, soft-spoken gentleman to the very end.

The funeral mass will be held on Tuesday, June 11th, 2019 at 10 a.m. in St. Anne’s Church, Glace Bay followed by a reception in the church foyer. Interment in MacLeod’s Crossing Cemetery. Fr. Duaine Devereaux presiding.

Arrangements are under the direction of V.J. McGillivray Funeral Home, Chapel and Reception Centre, 16 Reserve Street, Glace Bay. On line condolences to the family can be expressed at: www.vjmcgillivray.ca