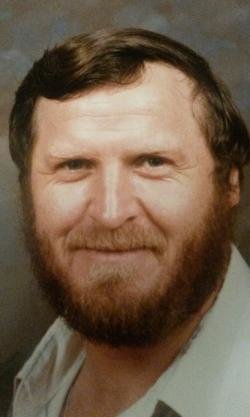 Please share a memory of Oswald to include in a keepsake book for family and friends.
View Tribute Book
Oswald "Ossie" James Sullivan Glace Bay In the early hours of July 13th-2016, a great man was taken from this world much too early. Oswald (Ossie) James Sullivan, passed away suddenly in Halifax, at the QEII Hospital at the age of 63. Born on July 15, 1952 to loving parents, Robert & Lillian (Dawe) Sullivan of Glace Bay. Ossie was a devoted and loving husband of 44 years and is survived by his wife, Mary (Currie). Together they raised 3 beautiful, strong, independent daughters, Carmel (Jacob) Albert of Slidell, Louisiana, Valerie (Brian) MacDonald of Millville, NS and Shauna (James) Wells of Lake Echo, NS. As much as Ossie loved and was proud of "his girls", the love and pride he had for his 5 grandsons, "papa's boys", Anthony (AJ), Noah, Dylan, Hunter and Ryder was unmeasurable. Ossie often said if he knew how much fun being a grandparent was he would have become that first. The years he was blessed to have "papa's boys" in his life were the happiest for him. A former employee of the DND in Halifax, Ossie and Mary lived in Cole Harbour, NS for over 20 years before returning home to Glace Bay to enjoy their retirement. Anyone that ever had the privilege of meeting Ossie, quickly found out that underneath his tough exterior was a man with a heart of gold. Besides family and friends, Ossie had other loves in his life, such as his Harley and Mustang that he enjoyed riding with his buddies and grandsons. Over the last couple of months Ossie could be found at his trailer in Ben Eoin spending time with his wife and grandkids where he loved watching them having a great time. Ossie will be missed by many people and will always be known for being funny, kind, stubborn, as well as tough as nails. Ossie made an impression on everyone he met and will never be forgotten. We will forever hear him shouting his favorite word "Mary" while cracking jokes. We will love you forever and miss you always. Ossie was also survived by numerous siblings, Tiny (Elaine), Hazel (Robert) Hill, Mary (Allie) Colson, Pat (Art) Mullins, Clarence (Raylene) all of Glace Bay, Tom (Jean, D.) and Kay (Jerry) Smith of Ontario, Sadie (Gilbert) Jobe of Dartmouth, sister in law, Rose Sullivan and many nieces & nephews. Ossie was predeceased by his parents, his in laws, Donald & Pearl Currie, as well as siblings, Clifford, Don, Bobby, Francis "Wank", Robert and Lillian (at birth). He was also predeceased by his niece, Kathy Sullivan, nephews, Dougie Metcalf, Michael Currie and Andrew Jobe. Visitation will be held at V.J. McGillivray Funeral Home, 16 Reserve Street, Glace Bay on Monday, July 25th, 2016 from 2-4 pm & 7-9 pm. Cremation will follow with no funeral mass or burial to be held. In lieu of flowers a donations can be made in memory of Ossie to the Christmas Daddies or IWK Health Centre. On line condolences to the family can be expressed at: www.vjmcgillivray.ca "Live to Ride, Ride to Live"
Print
Online Memory & Photo Sharing Event
Online Event
About this Event