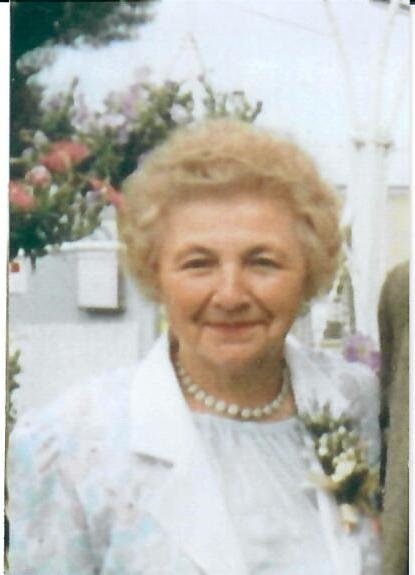 The world is less fortunate today as we announce the passing of our kind and loving mother, Margaret Finn, who peacefully passed away on December 1, 2018 at Maple Hill Manor in New Waterford.

Born on Cheticamp Island (La Pointe), Margaret was the daughter of the late Moise and Katie Mae (Deveaux) Poirier.She was a devoted member of the former Parish of Mount Carmel, now the Parish of Saint Leonard.

Mom embraced the many challenges of life early when at the age of 13 she left Cheticamp for Halifax to become a nanny to three young English speaking children, although she spoke only French. After two years in Halifax she returned to Cheticamp to assist her mother in the care of her siblings. Mom’s family shortly thereafter moved to Inverness. While living in Inverness she met and married her husband John Jim. Shortly after being married they moved to New Waterford for work where they lived for their remaining days.

Mom always put others before herself. She was also well known in her community for her strong work ethic and generosity. Mom was a great cook and baker and visitors to her home always had an opportunity to taste her goodies with a cup of hot tea. She was especially noted for her homemade bread, which she generously shared with family and friends and her Acadian meat pies at Christmas time. Other than baking, one of Mom’s favorite hobbies was engaging in a spirited game of cards.

Along with honesty there was one particularly strong message that she instilled in her four sons...Regardless of anyone’s social or financial standing, race, ethnicity or religion, everyone was created equally in the eyes of God.

Besides her parents, Margaret was predeceased by her loving husband of 59 years, John Jim Finn and her sister, Veronica Colburn.

The family extends special thanks to the entire staff of Maple Hill Manor for the incredible degree of care, compassion, and kindness shown to our mother.

The funeral mass will be held at the Parish Church of Saint Leonard at 10 am on Wednesday, December 5 , 2018 with Fr. Ray Huntley officiating. Interment in Mt. Carmel Cemetery.

A reception will follow in the Parish Hall on Convent Street, New Waterford.

Donations in Margaret’s memory may be made to the Alzheimer’s Society, Maple Hill Manor or a charity one’s of choice.

Words of comfort may be forwarded to her family at www.vjmcgillivray.ca