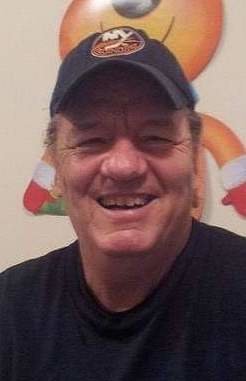 It is with sadness that we, the family, announce the sudden passing of Daniel Brian 'Danny Boy' McKenzie on Saturday, February 2, 2019 surrounded by his loving family.

Born in New Waterford, Danny was a son of the late Thomas and Irene (Dieltgens) McKenzie.

In earlier years, he was employed at Burke's Furniture. Danny enjoyed watching hockey and baseball and was an avid Canadiens and Blue Jays fan.

Besides his parents, Danny was predeceased by his wife Ann (Kavanaugh); sisters, Claire 'Sis' and Paula; brother, Ralph.

There will be no visitation or funeral service. Cremation has taken place under the care and direction of V.J. McGillivray Funeral Home, 380 Smith Street, New Waterford. Donations in his memory may be made to the MS Society of Canada. Online expressions of sympathy may be sent to the family at: www.vjmcgillivray.ca.

Share Your Memory of
Daniel
Upload Your Memory View All Memories
Be the first to upload a memory!
Share A Memory
Plant a Tree