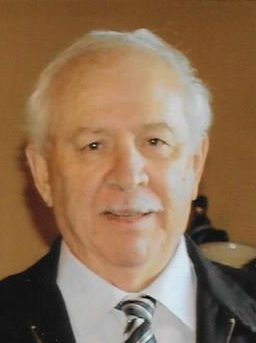 It is with great sadness, that we the family announce the sudden passing of Joe Gouthro, age 78 on Wednesday, February 20th, 2019 at his residence in Dominion; where he had been residing for the past few months.

Born in Reserve Mines, Joe was the son of the late Thomas and Rita (Hill) Gouthro.

Joe started his working career in the coal mines and later went on driving long haul 18 wheeler trucks. He also owned several gas bars in Thunder Bay, Ontario. Joe was a strong catholic and proud member of the KOC Glace Bay Council 1953 and the 4th Degree Assembly as well as the Seniors and Pensioners Hall in Reserve Mines. But mostly he will be remembered as a kind and caring family man.

In keeping with Joe’s wishes, cremation has taken place. Visitation is Wednesday, February, 27th from 9 a.m. until the time of the service at 11 am followed by a reception, all in V.J. McGillivray Funeral Home Chapel and Reception Centre, 16 Reserve Street, Glace Bay. Fr. Dan Boudreau officiating. The KOC will hold a prayer service at 10 a.m. in the funeral home. Interment at a later late in St. Joseph’s Cemetery.

Memorial donations in Joe’s memory may be made to St. Joseph’s / Holy Family cemetery. On line condolences to the family can be expressed at: www.vjmcgillivray.ca