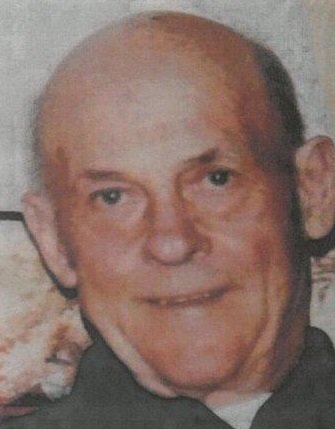 It is with great sadness that we announce the passing of Alexander Popaduk, of Howie Center, at the age of 91. Alexander passed away peacefully February 24, 2019 at the Glace Bay Hospital .

Alexander was born in Connecticut in 1927 to parents, Frank and Eleanor Popaduk .

He owned a service center in his early years and finished his career operating his own trucking company in United States. He gave back to his community through his military service in the Korean War.

Alexander was a gentle man, thoughtful in his comments toward others. He loved to spend his days caring for his property in Howie Centre. He moved to Canada in 1991 and eventually became a Canadian Citizen, making Cape Breton his permanent home.

He was predeceased by his wife, Evelyn (Cuga Doyle), parents, siblings, George and Sophie, nephew, Johnny, and step-sons, Jimmy and Blair McIsaac.

In keeping with his wishes, there will not be any service. Cremation has taken place under the direction of V.J. McGillivray Funeral Home and Reception Centre, 16 Reserve Street, Glace Bay. Burial will be at a later date at Mount Carmel Cemetery, New Waterford with his wife.

In lieu of flowers, Alexander wished for any financial contributions be made to the Cancer Society of your choice. The family would like to thank the staff at the palliative care unit at the Cape Breton Regional Hospital and the staff of the Glace Bay Hospital, Four North for all of their care and kindness.

Alexander will surely be missed by family and friends.