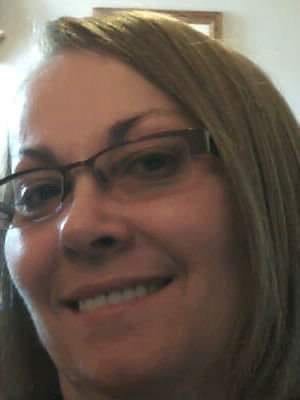 As the sun rises and hearts are broken, we the family of Cathie Rosalie Mullins, suddenly had to say goodbye on Saturday, March 9th, 2019 at the age of 59 at the Cape Breton Regional Hospital, Sydney.

Cathie was born in Glace Bay on August 1st, 1959 to Cecil and Mary (McIntyre) Mullins.

Cathie also enjoyed time spent at her trailer in Ben Eoin listening to the sound of the waves and watching the sun rise and set over the hill.

She leaves behind the love of her life a daughter, Cheryl (Kenny) McLean, Glace Bay, son, Curtis (Joanne) Lloyd, Murphy’s Cove and their dad, Henry Lloyd, grandchildren, Mia, Michael, Cody, Ben, Jonathan, Ellie who were the light in her heart and sparkle in her eyes.

Cathie will be missed by her many cousins, especially Patty Munden and Darlene Matthews, (we grew up more like sisters then cousins), uncles and aunts. A special mention of mom’s partner, Derek MacDonald (Doc) and his daughter, Tonya.

Besides her parents, Cathie was predeceased by and infant child.

Visitation will be held on Friday, March 15th from 2-4, 7-9 p.m. in V.J. McGillivray Funeral Home and Reception Centre, 16 Reserve Street, Glace Bay. The funeral mass officiated by Fr. Norman MacPhee is Saturday at 10 a.m. in Holy Cross Church, Glace Bay followed by a reception in the Church hall. Interment in St. Anne's cemetery.

In lieu of flowers donations can be made to the Cape Breton Regional Hospital Palliative Care Department.

Special thanks to the amazing nurses and doctors of the ER and ICU department at the Cape Breton Regional Hospital. On line condolences to the family can be expressed at: www.vjmcgillivray.ca