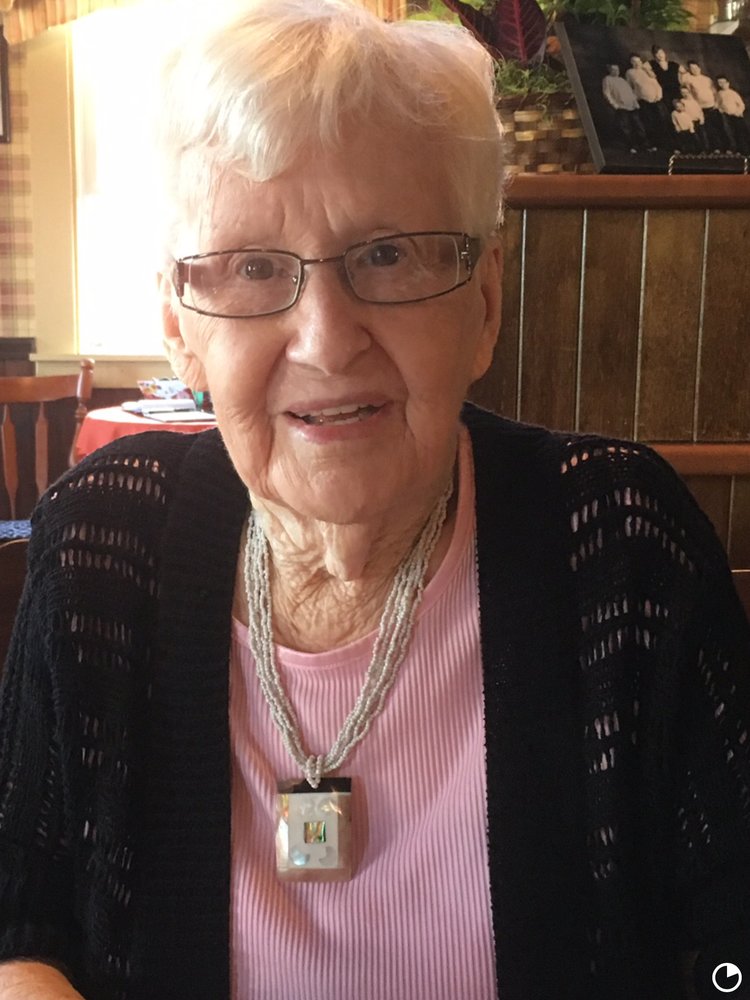 It is with great sadness and heavy hearts that we announce the passing of Helen MacDonald, our beloved mother, grandmother, great-grandmother, sister, aunt, neighbour and friend on Friday, May 24, 2019 at the Palliative Care Unit at Cape Breton Regional Hospital.

Helen was born on June 26, 1925, the morning after the company stores were burned down during the Miner’s Strike. She was the daughter of the late James Kennedy (Little Lorraine) and Isabella (MacIntyre) Kennedy (New Victoria). She was a proud miner’s daughter who lost her father in a mine cave - in (1946) and an uncle in the Big Explosion at No. 12 Mine. In her heart, there was no finer person than a Cape Breton Miner.

Helen married her WWII hero, John (Buddy) MacDonald in 1948 and they had 39 years together before he passed in 1986.

She was a valued employee of Danny Gillis’ Store and was a dedicated and active member of St. Anne’s Church and its Societies. She loved her neighbours and her neighbourhood and being the last of her generation she was well looked after and cared for by them. A special heartfelt thank you to Michael and Gail Meechan and John and Louise Robertson who were her Glace Bay Family.

She is survived by her only son, Jim (Alexis MacQueen) MacDonald, Big Pond Centre, her two granddaughters who she adored and cherished, Katherine (Oliver) Clegg, Whistler BC and Alison (Lewis) Cowie, Calgary AB and her three great-grandchildren who she got to spend time with and also enjoyed them on Face Time, Linden Clegg and Eli and Zoey Cowie. She is also survived by her sister, Margie O’Ray, Bellville ON, several nephews and nieces, especially Paula (Danny Culhane) Miziolek.

A Funeral Mass will be celebrated on Wednesday, May 29, 2019 at 10:00 a.m. in St. Anne’s Church, 695 Main Street, Glace Bay with Rev. Duaine Devereaux officiating. Reception to follow in the church foyer. Interment in Forest Haven Memorial Gardens.

The family would like to extend a sincere thank you to the Doctors, Nurses and Staff of Unit 4A and EnCala Palliative Care Unit, Cape Breton Regional Hospital, for their compassion and care of Helen and her special caregiver, Mary Sawler.

Donations in Helen’s name can be made to the Hospice Palliative Care Society of Cape Breton County.