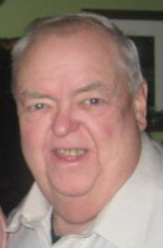 Make Donation
Share this Tribute:
Share Obituary:
Share Your Memory of
Kenneth "Kenny"
Upload Your Memory View All Memories
Be the first to upload a memory!

It is with profound grief that the family announces the sudden passing of a beloved Father, Grandfather, Great-Grandfather, Brother and friend. Kenneth ‘Kenny’ MacKenzie, age 72 , succumbed to heart complications at the Cape Breton Regional Hospital on Wednesday June 12, 2019.

Born in Reserve Mines, Kenny was the son of the late Fred and Eva (Way) MacKenzie. In 1970, Kenny married the love of his life the late Georgina (Boo) Bryden.  Kenny in his earlier years began working at the Bank of Montreal and in 1973 obtained his Chartered Accountant designation. An accomplishment he credited to the sacrifices of his siblings and his mother. Kenny began working as an accountant for the Cape Breton Development Corporation in 1977 until his retirement in 1997; he was Director of Finance at retirement.

Kenny was a friend to all and served his community in various capacities. He was a member of Gordon United Church, a long time member of the Reserve Mines Volunteer Fire Department, he belonged to the St. Joseph dart and bowling leagues, and there aren’t too many people in Reserve who didn’t see Kenny at tax season.

Kenny loved his family dearly. There was absolutely nothing he wouldn’t do for his children. He was a scholar and a gentleman who carried himself in a manner that was respectful to all. His hearty laugh was infectious and his memory was sharp as a tack. Kenny was loyal to his Maple Leafs and could rhyme off their history like no other.

Also left to mourn Kenny’s passing is his sister Georgine (Stan) Penney who he adored and respected tremendously and several nieces and nephews.

Besides his parents he was predeceased by his love Georgina (Boo) Bryden, his brother Clarence and sister Ethel.

The family would like to express our profound gratitude to Doctor MacFarlane, The CCU and ER staff at the Cape Breton Regional Hospital. Extended thanks to Dr. O’Brien, Dr. Khodadad and the Cancer Center Group.

The funeral service officiated by Rev. Alison Etter is Monday at 2 p.m. in Warden United Church, Glace Bay followed by a reception in the church then interment in Gordon United Cemetery, Reserve Mines. Kenny will be taken to the church at noontime on Monday.

Memorial donations in memory of Kenny may be made to the Cancer Centre, CBRH, Sydney. On line condolences to the family can be expressed at: www.vjmcgillivray.ca