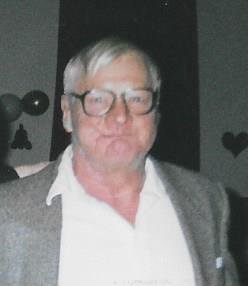 It is with great sadness that we announce the passing of James Ferguson, age 78, on Sunday July 14, 2019 at the Richmond Villa in St. Peter’s with family by his side.

Born in Springhill, Nova Scotia, he was the son of the late Roy and Dorothy (Greenwell) Ferguson.

James worked in the coal mines for a number of years until his retirement. He was a former member of Florence United Church. James was a very quiet and kindhearted person; he also enjoyed his love of music at his home on Mechanic Street, Glace Bay and enjoyed spending time in Loch Lomond.

Besides his parents he was predeceased by his brothers, Wilfred, Robert, John; sisters, Shirley, Betty, Jean, Annie Ruth and Jenny.

There will be no visitation. Cremation has taken place under the direction of V.J McGillivray Funeral Home, Chapel and Reception Centre, 16 Reserve Street, Glace Bay. A graveside service will be held in Brookside Cemetery, Sydney Mines on Thursday at 10 a.m .with Rev. Stephen Mills officiating.

The family would like to thank the doctors and nursing staff of the Richmond Villa ,for the excellent care they gave to James during his stay at the home.