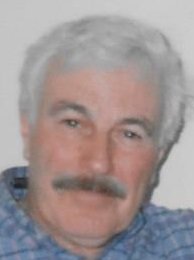 It is with great sadness that we, the family, announce the sudden passing of John Stephen MacNeil, age 89 on Saturday, August, 17th, 2019 in Glace Bay.

Born in Northside East Bay, he was the son of the late Michael and Mary Ann (McVarish) MacNeil.

John use to own and operate MacNeil’s Shoe Store on Commercial Street in Glace Bay. He later got involved in construction work and real estate. John loved skating and was also involved with the Rotary Club & Meals on Wheels in his younger days. He will be remembered as a gentleman who was very family orientated.

John is survived by his wife, Jessie (McNeil) MacNeil and their daughter, Heather MacNeil, Glace Bay, his three sons, John, Blair (Gwen) and Richard from his first wife, Betty McDonald.

Besides his parents, John was predeceased by three sisters, Cecilia, Margaret “Peg”, Catherine and two brothers, Alex, and Donald MacEachern.

Memorial donations in memory of John may be made to your local S.P.C.A. On line condolences to the family can be expressed at: www.vjmcgillivray.ca

Share Your Memory of
John
Upload Your Memory View All Memories
Be the first to upload a memory!