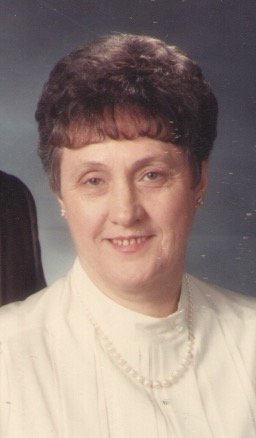 It is with deep sadness that we announce the passing of Leona Mae 'Ona' MacDonald, 86, of Pellatt Avenue, New Waterford, on Sunday, September 1, 2019 at New Waterford Hospital.

Born in New Waterford, Ona was the daughter of the late Langtry and Margaret (Davies) Murray of New Waterford.

She graduated from Central High School and went to work at Eatons. Then, she met the love of her life, Johnnie. She loved spending time with Johnnie and her three boys, especially camping at Ben Eoin Beach and Cheticamp National Park.

Ona was a devout member of the Salvation Army, New Waterford Citadel.

Besides her parents, Ona was predeceased by her husband, John M. 'Beag' MacDonald, her son, Kevin, her brother, Raymond Murray and sister-in-law, Juanita Murray.

As an expression of sympathy, donations may be made to the Salvation Army, New Waterford Citadel. Online condolences to the family can be expressed at: www.vjmcgillivray.ca.

Share Your Memory of
Leona
Upload Your Memory View All Memories
Be the first to upload a memory!