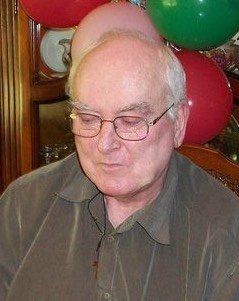 William 'Billy' Hearn Sheppard, 76, of Daley Road, New Victoria, passed away suddenly on October 15, 2019 in Sydney. Born in New Waterford, he was a son of the late James and Doris (Hearn) Sheppard-Serrick.

Billy was a Registered X-Ray Technician who was employed at various hospitals throughout the Atlantic Provinces. He was a very spiritual and religious man.

Besides his parents, Billy was predeceased by three brothers, Evelyn, Greg and Ted; sister-in-law, Willena Sheppard and stepfather, Robert Serrick.

Cremation has taken place under the care and direction of V.J. McGillivray Funeral Home, 380 Smith Street, New Waterford. As per Billy's wishes, there will be no visitation or funeral service. Burial will be held in Forest Haven Memorial Gardens, Sydney, at a later date.

Donations in his memory may be made to the Cape Breton SPCA or a charity of one's choice.

Share Your Memory of
William 'Billy'
Upload Your Memory View All Memories
Be the first to upload a memory!
Share A Memory
Plant a Tree