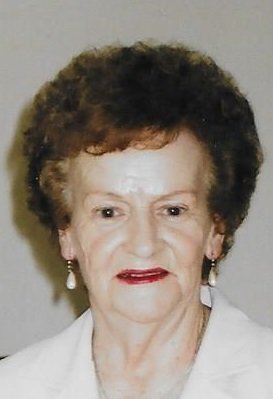 Surrounded by family, Maggie chose to leave this world and the pain and suffering she endured, to join those who wait for her at her eternal home.

Following her school years, Maggie worked at the Fish Plant in Glace Bay, later she became a sitter to the Somerton Family. After the death of Mrs. Somerton, Maggie stayed and cared for these four children as her own. Gerry Somerton (deceased), Terry Somerton, Kim Somerton-Giorno and Derek remained very close to Maggie, with Kim being at her side until the end. Kim’s children Jeremy and Bradey spent many Friday nights with Maggie at her home, like typical grandchildren do.

Maggie enjoyed working with the St. Eugene’s CWL, making tea and sandwiches for more than 25 years; a time she truly cherished.

Niece,Valerie Campbell who was also with her until the end, was like a very special baby sister to Maggie, taking her and Johnena to mass every Saturday, followed by a trip to Walmart, the Dollarama, and in summertime, a soft serve ice cream on the way home.

We offer a special mention to the staff on Wentworth at The Harbourstone Enhanced Care facility, for their compassion and dignity as they cared for Maggie. It means so much to us.

Memorial donations may be made to the Alzheimer’s Association. On line condolences to the family can be expressed at: www.vjmcgillivray.ca