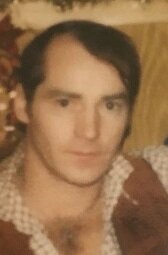 Make Donation
Share this Tribute:
Share Obituary:
Share Your Memory of
William "Will"
Upload Your Memory View All Memories
Be the first to upload a memory!

It is with deep sadness that we, the family and friends of William James "Will" MacLean, one of the boys from the boulevard, announce his peaceful passing on July 15, 2022 at the Cape Breton Regional Hospital.

Will was born in Glace Bay on December 8, 1946 to his parents the late Raymond (Frye) MacLean and Mary Margaret (Virtue) MacLean and raised in Dominion.

Will was the go-to person for family friends if anything needed to be done. He was there for anybody that needed help and his door was always open. Will worked for the Cape Breton Development Corporation as a miner for 25 years. He worked at Number 20, 26, 1B, and Phalen Collieries. He was a mechanic, a carpenter, plumber and everything in between. If it needed fixing, he was the guy.

Will played hockey in the colliery league while he worked in the mines, did weight lifting and loved sporting events with family and friends. He was a lover of antique cars and was a motorcycle enthusiast and loved riding his Goldwing years ago. But what Will loved most was having a good cup of tea, a sweet and talking to family and friends about what was happening with them. We thank the Maydanski family for being such a loving part of Will's life and how you cared for him.

He is also survived by close friends, who were there with him all through his illnesses, Stephanie Maydanski (Trevor), Elana (Bob) Murphy and sons Cole and Sam, Paul Ward and cousin Danny MacInnis. He is also survived by many cousins including cousins and lifelong friends Joe and William (B) Higgins, you guys meant the world to Will, and good friend Les Dares and family.

Besides his parents he was predeceased by his daughter Denise (Alberta), his brother John (Claney) MacLean, nephew James (Jimmy) MacPherson, and former spouse Dianne MacLean.

The family and friends of Will would like to thank the compassionate care provided to him by the ICU teams at the Toronto General Hospital and the Cape Breton Regional Hospital for making Will's last few days peaceful.