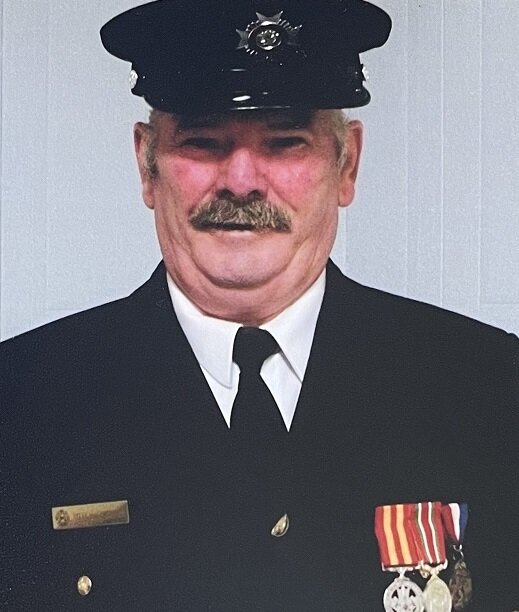 Please share a memory of Stephen to include in a keepsake book for family and friends.
View Tribute Book

It is with great sadness that we, the family, announce the passing of Stephen Vincent MacPherson on Saturday, August 20, 2022, at the Cape Breton Regional Hospital, Sydney, surrounded by his loving family.

Born July 14,1956 in New Waterford, Nova Scotia, he was the son of the late Frank and Jacqueline (MacIsaac) MacPherson.

Stephen served 40 years as a firefighter with Scotchtown Volunteer Fire Department which was his lifelong passion along with being a member of the Royal Canadian Legion, Branch 15 for the last 13 years.

Stephen also leaves behind some very special friends Glen Rose and the Cromwells, whom he considered his brothers. He enjoyed playing guitar with them on the weekends. Stephen also played the piano, harmonica, and accordion with many of his other friends. He particularly liked his Friday nights at Butch Campbells and his Sundays at the knot. He spent every evening on the phone with his brother Frankie.

Besides his parents, he was predeceased by his sister in infancy, (Jacqueline), father and mother -in-law George and Theresa (Hurley) Gouthro, brothers-in-law, James, Georgie, Eddie, Jerry and Butch, sisters-in-law, Cathy, Diane, Nita, Helen and Darlene.

Funeral mass will take place on Friday, August 26, 2022 at 10:00 am in the Parish of St. Leonard Roman Catholic Church, Mount Carmel Avenue, with Father Godwin Obike officiating. Interment will be in Mount Carmel Cemetery with a reception to follow at the Scotchtown Volunteer Fire Department, 11 Catherine Street, Scotchtown.

In lieu of flowers donations may be made to your local fire department.