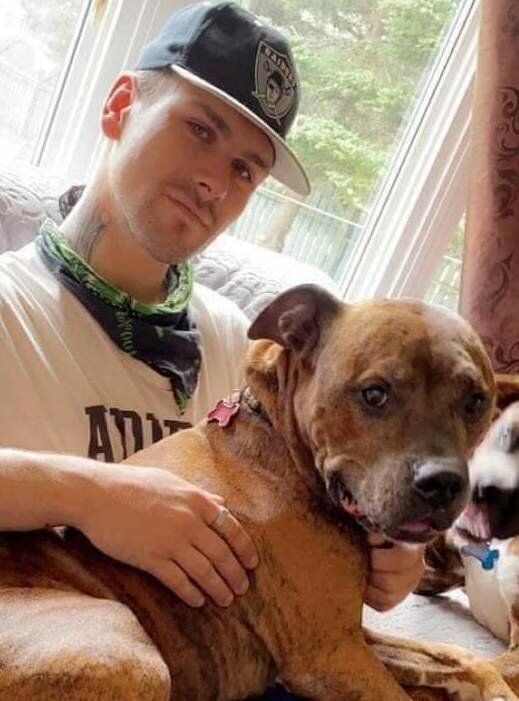 Please share a memory of David to include in a keepsake book for family and friends.
View Tribute Book

It is with profound sadness that we, the family, announce the sudden passing of David Clifford MacLean on Thursday, September 22, 2022 in Dartmouth , NS, at the young age of 29.

Born on March 3, 1993 in North Sydney, NS, Dave was the beloved brother of Katie MacLean.

Dave, aka Chaos, as his friends called him, enjoyed drawing (which he was amazing at) and spending time with his nephews, Braydon and Noah. He had a love for music, lived to make others laugh until they cried, loved all animals and was a good friend to many. Dave had an infectious smile that could light up any room; if it wasn't his smile, it was his handsome good looks which he was well known for. He was the most caring, generous, thoughtful, understanding, give the shirt off his back type of guy. He had a heart of gold and will always be remebered for it. He was an amazing uncle to his nephews; they were the apple of his eye, his pride and joy. He was also a great uncle to his friend's children whom he cherished; they all loved uncle Dave.He was the best friend to have; if you were a friend to Dave, you were family and he'd make sure you felt it. He was a great person and touched so many lives in his short life. To know Dave was to truly love him.

He was predeceased by his grandmother, Anna Woodfine MacLean and good friend, Shane Hatcher.

Dave is survived by his sister, Katie MacLean (Justin); nephews, Braydon and Noah; numerous cousins; many aunts and uncles; good friends (more like family), Jerry Ashford (his brother from another mother), Shawn Kennedy; his girlfriend, Cameron Rich; Danny Fitzgerald, Josh Gear, 'Das Boy' Logan Gregory and so many others.

There will be no visitation. Cremation has taken place under the direction of V.J. McGillivray Funeral Home, New Waterford. A private service will be held at a later date. Donations in memory of Dave may be made to the Cape Breton Shelter - Nova Scotia SPCA. Online expressions of sympathy may be sent to the family at: www.vjmcgillivray.ca.

" See you later dear brother, you deserve eternal rest. You cared so much for one and all, to have you I was blessed.

Share Your Memory of
David
Upload Your Memory View All Memories
Be the first to upload a memory!
Share A Memory