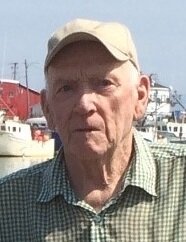 Please share a memory of Bernie to include in a keepsake book for family and friends.
View Tribute Book

We regret to announce the passing of Bernie Ryan, age 95, at the Seaview Manor in Glace Bay on Wednesday, November 16th, 2022.

Born in Reserve Mines on February 3, 1927, Bernie was the son of the late Jack and Elizabeth (Hines) Ryan.

Bernie was a bricklayer and worked for Sydney Steel for much of his career.

Growing up in Reserve Mines, Bernie was very involved in sports and in later years enjoyed walking and skating.

In 1991, Bernie married Bernice MacPherson and moved to Birch Grove. Bernie enjoyed Celtic music and was an avid fiddle player. He was a Screaming Eagles fan and enjoyed his trips to the casino.

Also left to mourn his passing are Bernie’s grandchildren, Brooke, Jenna, Larry, Meghan, Isaac and Fiona; his brother, Larry (Kay) and many nieces and nephews.

Besides his parents, Bernie was predeceased by his wife, Bernice, brothers, Jim, Billie, John, Martin, Patrick 'Paddy' and his sisters, Alice, Sadie and Mary.

Special thanks to Dr. Ley and all the amazing caregivers of Seaview Manor in Glace Bay.

Cremation has taken place under the direction of V.J. McGillivray Funeral Home & Cremation Centre, Glace Bay. There will be no visitation or funeral service. A memorial service will be held at a later date.