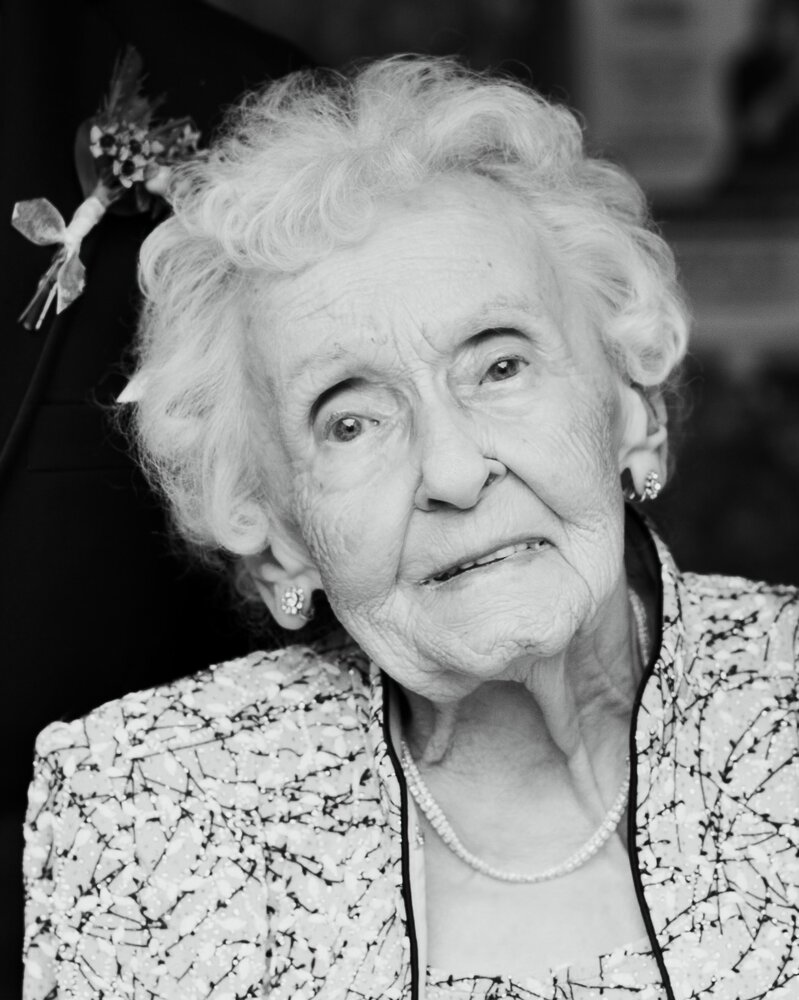 Please share a memory of Shirley to include in a keepsake book for family and friends.
View Tribute Book

It is with sadness that the family announces the peaceful passing of Shirley (Gregor) Harvey, 94, at the Cove Guest Home on January 3, 2023.

Born on May 9, 1928 , Shirley was the daughter of the late Fred and Jean (Murphy) Gregor. Shirley lived most of her life in New Waterford and in later years at Parkland Cape Breton and The Cove Guest Home.

Gifted with a lovely soprano voice, Shirley was a long-time member of Calvin United Church choir, the New Waterford Chorale and the Cape Breton Chorale. She sang at countless weddings and events in her community. A devoted member of Calvin United Church Women, she received a Lifetime Membership award in 2006. As part of the fun-loving UCW Unit 5, she made lifelong friends and shared many good times whether catering to Rotary dinners, organizing Christmas teas or getting into mischief with her cousin, Eileen Durdle.

Known for her good humour, Shirley enjoyed nothing more than getting together with friends and chatting with everyone she met as she walked uptown.

Besides her parents, Shirley was predeceased by her husband, Andrew Harvey Sr., brothers, Harry and Fred Gregor, and sisters, Vera MacDonald, Doris Robinson, and Ruth Kelly.

Special thanks to The Cove Guest home, especially the staff of the Orchard Unit and the staff of Parkland Cape Breton.

Donations in Shirley’s memory may be made to Calvin United Church or a charity of choice. Online expressions of sympathy may be sent to the family at: www.vjmcgillivray.ca.

Share Your Memory of
Shirley
Upload Your Memory View All Memories
Be the first to upload a memory!
Share A Memory