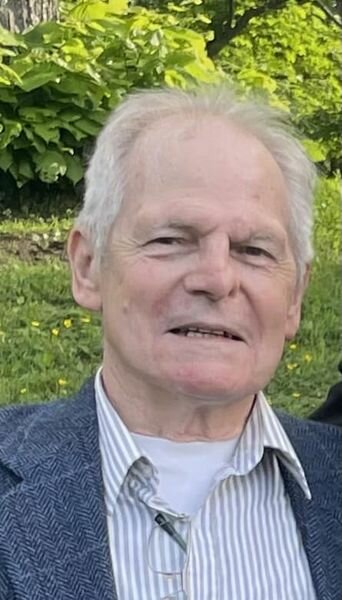 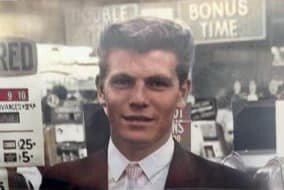 Please share a memory of Edward to include in a keepsake book for family and friends.
View Tribute Book

It is with profound sadness that the family of the late Edward Steiger announce his sudden passing on Saturday, January 21st, 2023.

Born in New Waterford, he was a son of the late John and Clara Steiger.

He married the love of his life, Lynda, 55 years ago. They lived briefly in Ontario and Alberta but happily returned to New Waterford, where Eddy worked as a pipefitter then as a surveyor with Devco prior to his retirement. Although Eddy had travelled many places over the years, his “Happy Place” was sitting on the deck of his summer place in Mabou, enjoying the view and spending time with his family.

Eddy had a passion for horses and harness racing and was President of the local Horseman’s Association at one time. He was a former member of the KOC but one of his favourite haunts was the Henry Street Pub where he loved to have a beer and chat with his buddies. He loved his family and would do anything to provide them with a good life. Eddy will be deeply missed by his family and life won’t be the same without him.

He is also survived by his brother, Dan (Mary) Steiger of Hamilton, ON and sister, Shirley Steiger-Rockett; and several nieces and nephews, aunts and uncles who will miss him greatly; especially his niece, Sue, who will miss their long distance phone chats.

Cremation has taken place. Visitation will be held on Saturday, January 28, 2023 from 11 a.m. until the time of funeral service at 1 p.m., with a luncheon to follow all in V.J. McGillivray Funeral Home Chapel, 380 Smith Street, New Waterford, with Father Jim Oliver officiating. A private burial will be a a later date. In lieu of flowers, a donation can be made to a charity of your choice. Online expressions of sympathy may be sent to the family at: www.vjmcgillivray.ca.

"When I lay down my head

Bound for heaven or hell,

After alls said and done

Share Your Memory of
Edward
Upload Your Memory View All Memories
Be the first to upload a memory!
Share A Memory