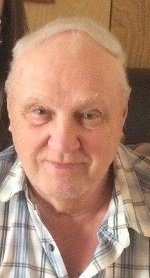 E.Winston O’Leary, age 80 of Marconi Towers, Tower Road passed away suddenly on Thursday, June 22, 2017 at his residence. Born in Glace Bay, he was the son of the late William and Cathy (Stevenson) O'Leary.

Winston was employed with the Town of Glace Bay for 34 years. He enjoyed ice fishing as well as regular fishing. He was known to have a great sense of humour and was always full of fun. Winston was the last surviving member of his immediate family.

Besides his parents, Winston was predeceased by his wife, Carmel (Briggs) O'Leary in 2015, a brother, William, sister, Maureen and a sister in law, Sheila.

Cremation has taken place under the direction of V.J. McGillivray Funeral Home, 16 Reserve Street, Glace Bay. There will be no visitation or funeral mass. The interment, officiated by Fr. Norman MacPhee is Wednesday at 11 a.m. in Forest Haven Memorial Gardens, Sydney-Glace Bay Hwy.

Donations in memory of Winston may be made to a charity of one's choice. On line condolences to the family can be expressed at: www.vjmcgillivray.ca

Share Your Memory of
E.Winston
Upload Your Memory View All Memories
Be the first to upload a memory!