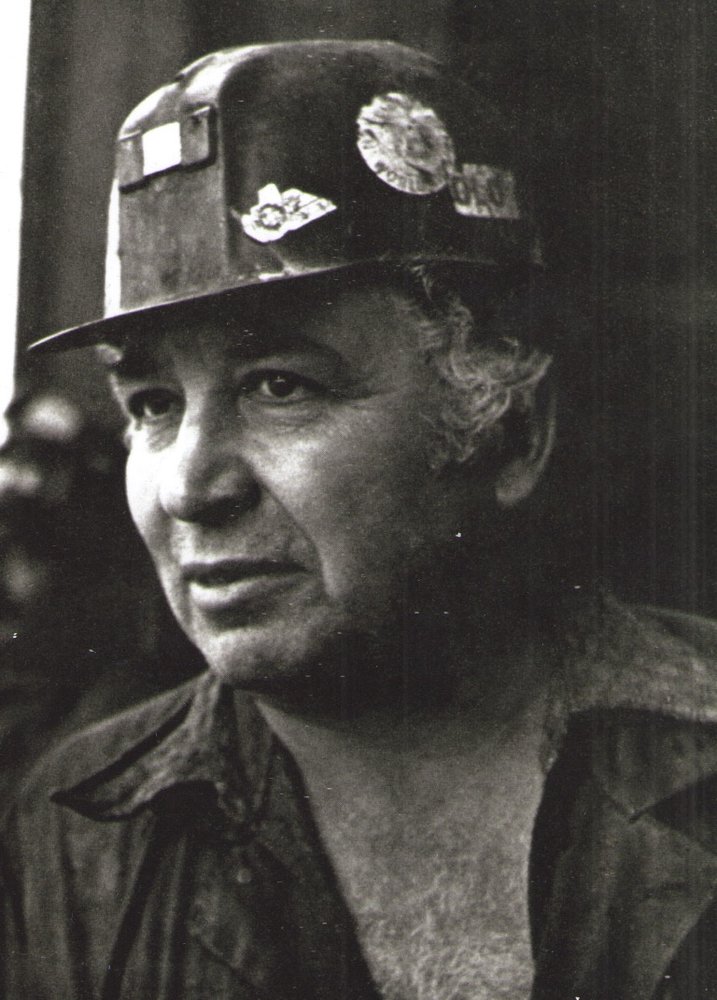 It is with great sadness we, the family of Ernie Bishop, 86,  regret to announce his passing. Dad passed away peacefully on November 25, 2018 at the New Waterford Consolidated Hospital.  He succumbed to complications following a stroke.

Ernie was predeceased by his soul mate, Alma (Chipman), whom he missed every day; his grandson, Stephen, whom he cherished as well as his parents, Jack and Mary Elizabeth (MacNeil); brothers, Johnny, Fred, Neil; sisters, Sadie, Connie and sister-in-law, May (Rich).

Dad started out his career as a delivery boy in 1946 delivering groceries for local proprietor, Emil Krolichek, with whom he fostered a great admiration. From what we understand, the job description entailed a great deal more then just delivering groceries. He learned a lot over the next four years from his mentor before following his father and brothers into the coal mines at age 18. Ernie was a coal miner for 40 years and to say Dad was a good worker would be a gross understatement. Da thought laziness was a mortal sin; we’re still not sure what that means. Da enjoyed the camaraderie that grew in the mine and the friendships he formed lasted a lifetime. Dad/Papa was easy to like. He had an easy-going way about him and nothing got him riled up. He was patient and kind, faithful and true, and he had a great wit. Ernie didn't say too much but when he did, you wanted to listen. He had his own philosophy on life. Dad always said contentment was the biggest part of life. As long as you have your loved ones, enough to eat, and a roof over your head, everything else was just peripheral. Da's faith was engrained in his personality and he was faithful and true to it every day.

Da's patience was comparable to Jobe, but if you asked Papa to explain something to you, you better have some patience too because explain he would. Ask for directions and he would draw you a map. Da always had time to explain anything but no matter the question, whether it be on life matters, an ailment, children, or a job, somehow Dad would explain things in his quiet unassuming manner often using car analogies to get his point across. Dad never swore, he never smoked, he didn't miss mass, he didn't even speed, but boy could he drink. We would joke that Papa spilled more on his chin then we combined could drink in a lifetime. He didn't see this as a vice, just a tool to get past shyness and be able to let your hair down and have some fun dancing on a Saturday night which he and mother did avidly for many years.

Ernie loved to drive and drive he did. Dad and Ma drove all over this country and the USA. It was a match made in heaven. Da loved to drive and Ma liked to go places. There is not a road on this island that Ernie has not driven on to the best of our knowledge. Ernie didn't have much for hobbies. He liked to fish but Dad always had one project or another going. Whether he was tearing out a wall in the house, fixing the washing machine, or taking the engine out of a car, he was busy. He would tackle anything and had the strength of an ox.  Never in a hurry, there was always that stubborn enduring patience that we all admired and yet sometimes would detest that unrelenting patience.

It was always with pride Ernie's children answered the question, who's your mother and father? Because proud we were to be known as Ernie Bishop's children. He was our hero and he will be profoundly missed.

Visitation for Ernie will be held on Thursday, November 29, from 3-6 p.m. in V.J. McGillivray Funeral Home, 380 Smith Street, New Waterford. Cremation will follow. A Funeral Mass of celebration will take place Friday, November 30, at 10 a.m. in the Parish Church of St. Leonard, Mount Carmel Avenue, with Father Ray Huntley officiating. Burial will be in St. Michael’s Cemetery, River Ryan, with a luncheon to follow at the Knights of Columbus Hall, Plummer Avenue, New Waterford. Donations in his memory may be made to the Society of St. Vincent de Paul or a charity of one’s choice. Online expressions of sympathy may be sent to the family at: www.vjmcgillivray.ca.

Share Your Memory of
Ernest
Upload Your Memory View All Memories
Be the first to upload a memory!