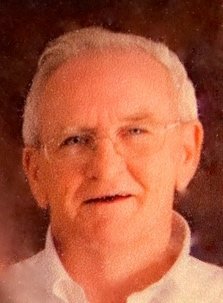 It is with great sadness that we, the family of Raymond Francis Oliver, age 85, announce his passing in the early morning hours of June 17, 2019, surrounded by his loving daughters and son.

Ray was born in New Waterford, N.S., the youngest son to the late Solomon and Mary (MacDonald)  Oliver. He was a unique individual, a wonderful husband, an adoring father and a truly proud and generous grandfather.

Ray devoted his career to the Royal Canadian Air Force, where he served for 31 years as a dedicated member. He took great pride in his active service career, and his standing as a veteran.

He was known in his community as an avid dart player, although issues with mobility in recent years kept him from playing. Ray was also a familiar face for many years at the boardwalk of Dominion Beach where he enjoyed taking his daily stroll. He loved to sip his coffee and keep an eye on the hustle and bustle of Plummer Ave. from our local Tim Hortons parking lot. He was a member of several local service clubs including the Army, Navy, Airforce Unit 217, the Royal Canadian Legion Branch 015, Allan MacDonald Memorial Branch, and the New Waterford Seniors and Pensioners Club. Ray was a gentleman, a kind man, who was well respected and will be dearly missed by all who knew him.

Besides his parents, Ray was predeceased by his wife, Evelyn (Gillis) in 2009, as well as a step- daughter Karen Reid, and her son Morgan. Also predeceased are his siblings Andrew, Jerry, Jimmy, Johnny, Luke, Rannie, and Willie Oliver as well as Margie Atho and Molly Mahon.

Our family would like to express their appreciation to the community of New Waterford who, quietly, respectfully, and often without acknowledgement, helped our Dad, a disabled RCAF Veteran, through his daily travels. With a little help from his friends, he was able to remain independent until his final days in the town where he was born and chose to retire.

Cremation has taken place. A visitation will be held on Friday, June 21, 2019 from 7-9 p.m. in V.J. McGillivray Funeral Home, 380 Smith Street, New Waterford. A Funeral Mass to celebrate Ray’s life will take place Saturday, June 22 at 10 a.m. in the Parish Church of St. Leonard, Mount Carmel Avenue, with Father Ray Huntley officiating. Burial will be in St. Agnes Cemetery with a luncheon to follow for family and friends, kindly provided by the Army, Navy, Airforce, Unit 217.

In lieu of flowers, memorial donations in Ray’s memory may be made to a charity of one’s choice. Online expressions of sympathy may be sent to the family at: www.vjmcgillivray.ca.

Share Your Memory of
Raymond
Upload Your Memory View All Memories
Be the first to upload a memory!