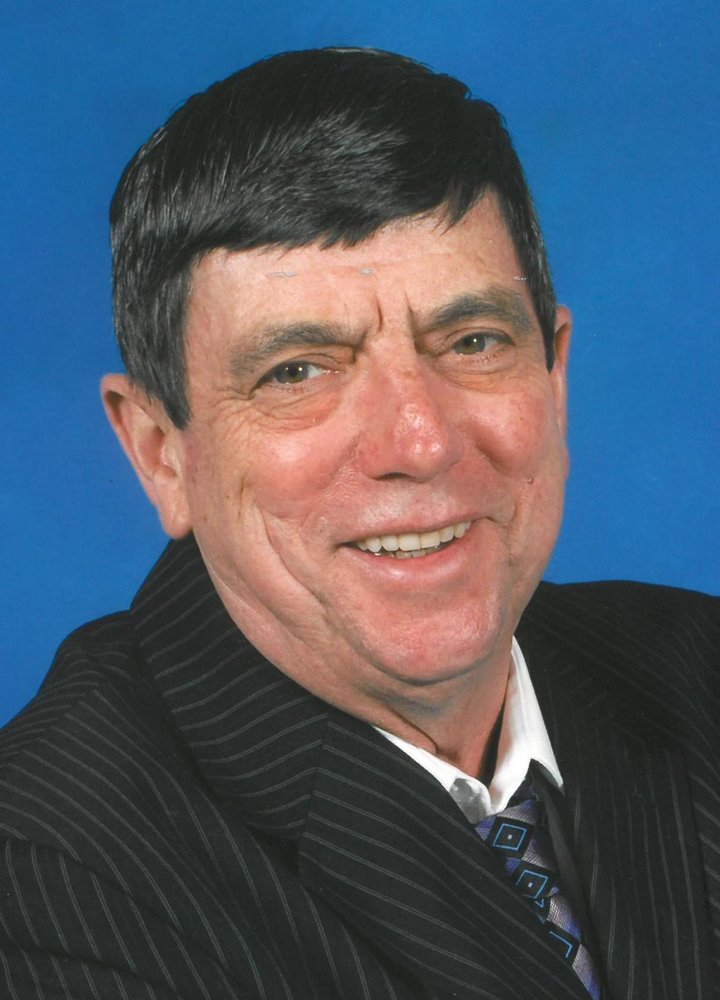 It is with broken hearts that we announce the passing of Joseph ‘Walter’ McNeil on Sunday, June 23, 2019 at his home in Dominion.  He was born on November 28th, 1948 to Walter ‘Sonny’ and Mary Jane (Vanderlinden) McNeil.

Walter worked for Sydney Steel for 32 years in the coke ovens, water treatment plant and as a rail inspector upon retirement.  He then worked for another eight years at EDS call centre in Sydney.

Walter spent his whole lifetime either playing, coaching or watching baseball and was a true Boston Red Sox fan.  He got the thrill of a lifetime when he went to Fenway Park and got to see the Green Monster!  Now just because he was a Red Sox fan does not mean he was a Bruins fan!  Nosiree Bob!  Walter was a true blue Toronto Maple Leafs fan from head to toe and had the flag to prove it!

Walter was a volunteer on Dominion’s first Recreation Department and was one of the founding members of the Dominion Community Hawks Club and was soooo proud of all they do for the kids in the community. He also truly enjoyed volunteering for the Hospice Palliative Care Society at Ribfest.

A good card game with family or friends or a fun game of golf with his buddies was how he loved to spend his time.  Many have been equating him to “the Mayor of Dominion” as he knew so many people and absolutely loved welcoming any and all newcomers to our town.  He went above and beyond to help anyone who needed him and made it a point to mentor many of the younger generation.  His quick wit and love for a good joke kept everyone on their toes.  He set an amazing example of loyalty, compassion, humility and work ethic for all.

Walter’s true love in life was his family.  He will be forever missed by his wife and bestest buddy of 50 years, Toni (Musial) McNeil; daughter ,Lisa (Graham) McNeil-Campbell and daughter, Carrie (Colin) McNeil. He was the very best grandfather in the whole world to Presley, Carter and Gabrielle and grand-puppy Bentley. He will also be missed by his only brother, Brian McNeil, his mother-in-law, Hazel Musial, sister and brother-in-law, Valerie and Jerry Morrison and nephew, Evan Morrison.

He was predeceased by his parents, Sonny and Mary Jane McNeil, his son, Walter Scott McNeil, and father-in-law, Connie Musial.

At his first appointment with Dr. Anne Frances D’Intino and Wendy Simpson in Palliative Care, Walter was asked if there was anything that he needed to do or anything that he wanted.  His reply was “I grew up in the best of times, I worked hard, raised a BEAUTIFUL family, helped the community as much I could . . . I did what I set out to do and I have no regrets”.

Cremation has taken place. There will be visitation for Walter on Friday, June 28th from 2-4 and 7 -9 p.m at V.J. McGillivray Funeral Home and Reception Centre, 16 Reserve Street, Glace Bay. A Funeral Mass will be held at Immaculate Conception Parish in Bridgeport on Saturday, June 29th at 11 a.m.with Fr. Norman MacPhee persiding,followed by a reception in the Parish Hall. Interment will follow in St. Eugene’s Cemetery.

Our sincere gratitude to Michelle Kelly and the Hospice Palliative Care Team, Tammy Weagle and the COPD INSPIRED Team, Megan Steves and the VitalAire team, Dr.David Brake and Dr. Michael Gallivan and the VON Team.  Donations in Walter’s memory may be made to the Hospice Palliative Care Society of Cape Breton County or the St. Eugene’s Parish Cemetery Fund.  On line condolences to the family can be expressed at: www.vjmcgillivray.ca