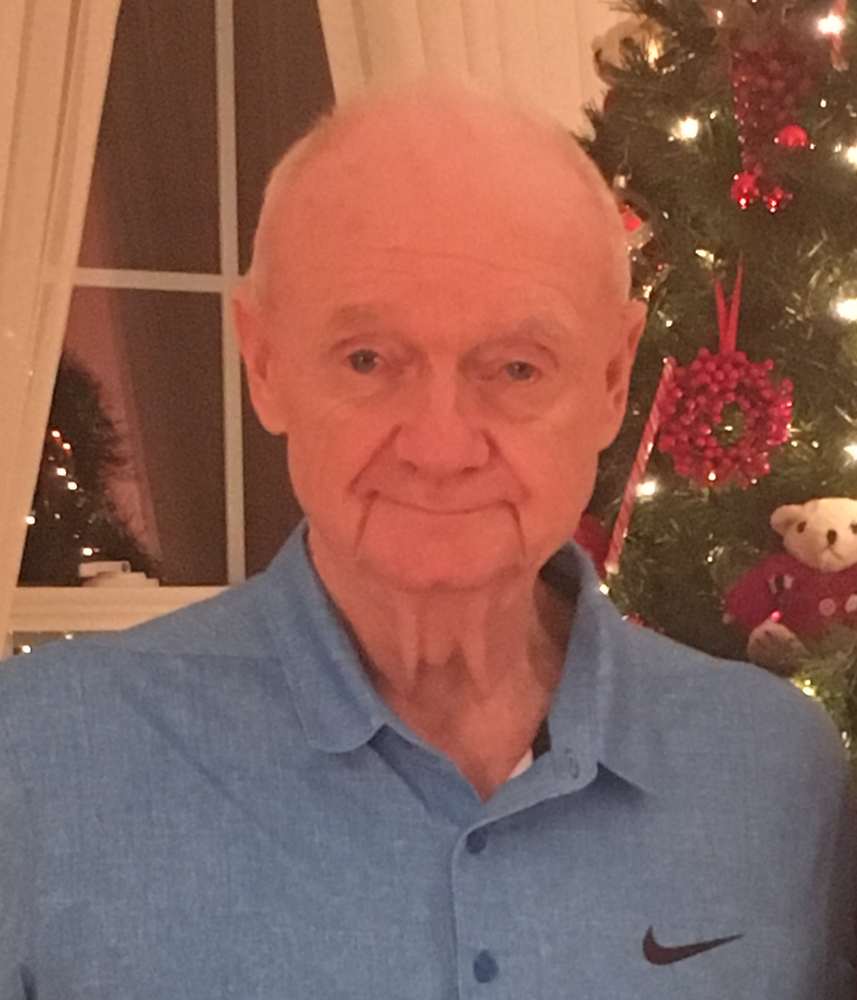 Please share a memory of Raymond to include in a keepsake book for family and friends.
View Tribute Book
Raymond O. McGillivary, 84, of Ottawa, ON (formerly Halifax, NS and New Waterford, NS), passed away on Tuesday, November 23 at St. Vincent Hospital after battling several complications from diabetes. He was born on June 22, 1937, to Rupert and Florence (nee MacNeil) McGillivray in Scotchtown, NS. He married Patricia (nee Pearson) of New Waterford, NS on August 31, 1957, and they had three children, Gary, Tracey and Corey. Ray spent his life in service to others, his country, his community and his family. After a brief period working in the coal mines in Cape Breton, he joined the Provost Corps (Military Police) with the Canadian Army where he deployed to Germany during the height of the Berlin Wall crisis. Upon completion of his term with the military he spent six years with the Halifax Police Department. Ray went back to school at the University of King’s College in Halifax to pursue his certificate in Public Relations where he graduated with distinction. Ray and his wife, Pat, then owned and operated a home oil distribution business and moved the family to Timberlea where they spent much of their life. Ray transitioned to the insurance industry where he began selling life insurance and evolved to establish his own full-service insurance brokerage based in Halifax which he successfully owned and operated with Pat until his retirement in 1991. Ray and Pat were never ones to sit still and even after retiring they returned to Sydney for a brief period until settling in the Annapolis Valley for a couple of years before ultimately moving to Ottawa in 1999 to be with family. Ray was also a community leader, serving as the Chair of the Board of Trustees for Glengarry Elementary School, chaired the Recreation Association and co-led the creation of the Municipal Development Plan for the (then) Halifax County, all voluntary positions. Ray and Pat always found ways to create fun in the neighbourhood from having spontaneous corn boils (which turned into an annual tradition) to the nightly badminton or baseball games in the summer, pond hockey and skating in the winter (often with bonfires) and regularly getting into the middle of the neighbourhood kids’ water fights during the heat of the summer. Ray and Pat also enjoyed a very active social life together at the Halifax Police Association where Ray was an honourary member and they spent their Saturday nights going out dancing and spending time with their friends. Throughout his very active life, Ray was first and foremost a family man. Despite working hard to build his business and provide for his family, Ray always came home for a sit-down dinner with the family every evening. He recognized the value of time with his family to be just as important, encouraging discussion and debate with his children on all topics. The dinner table and post-dinner tea in the living room were always lively and, occasionally, a little raucous. Ray and Pat encouraged and supported their children to try new things and pursue their interests and passions and were always driving them to where they needed to be, volunteering, and cheering them on. Their love for each other and for their children knew no bounds and will continue even though Ray has left this earth. Ray is survived by his beloved wife of 64 years, Patricia and their three children Gary (Dianne) of Atlanta, GA, Tracey (John) of Ottawa, ON and Corey (Rhiannon) of Ottawa, ON; five grandchildren, Devin (New York City, NY), Sean and Nathan (Grand Prairie, AB), Owen and Gavin (St. John’s, NL); sister-in-law, Chris (Leonard) McGillivary of Boston, MA; brothers-in-law, Ray (Kathy) Pearson of Hamilton, ON and Doug (Anne) Pearson of New Waterford, NS, and several nieces and nephews. He was predeceased by his parents, Rupert and Florence, and his four siblings, Leonard, Ruth, Douglas and Delores. He was cremated on November 25 and brought home to remain with Patricia and the family. A celebration of Raymond’s life will take place in the spring. Memorial donations may be made to the Canadian Diabetic Association in Raymond’s name. Online expressions of sympathy may be sent to the family at: www.vjmcgillivray.ca.
Print
Online Memory & Photo Sharing Event
Online Event
About this Event