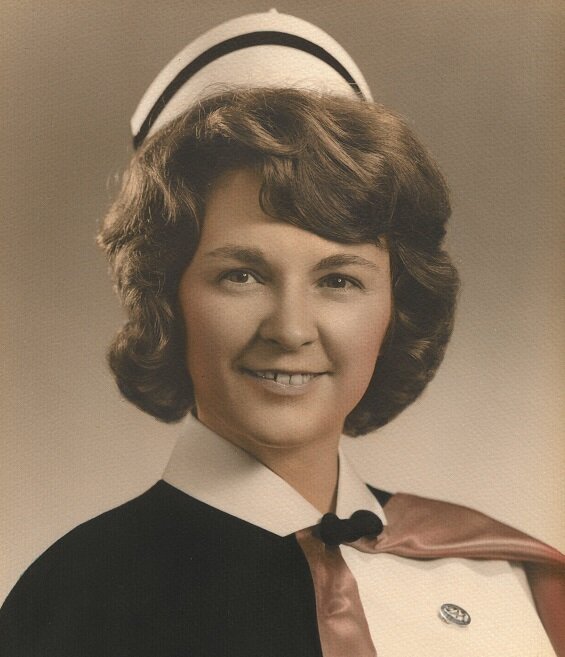 Please share a memory of Karen to include in a keepsake book for family and friends.
View Tribute Book

It is with heavy hearts we announce the passing of our Mother and Grandmother Karen Ann Murphy, RN on Thursday August 4, 2022 at the Cape Breton Regional Hospital with family by her side.

Karen was born in Glace Bay December 4, 1941 to Andrew and Gladys McDougall and was the younger sister to Elizabeth.

Karen graduated from St. Joseph’s School of Nursing in 1966.  She continued her Nursing career at St. Josephs Hospital and later the Community Hospital in Glace Bay.  She was very proud of being a Nurse with her Black Band and white cap.  In 1986, she had to stop her career to overcome her next accomplishment.  She was diagnosed with Breast Cancer and proudly wore the badge of Cancer Survivor.

In her younger years, she was an active member in anything her girls took part in.  She was a Girl Guide leader for many years and was a part of the behind the scenes help for the Boy Scouts all in New Aberdeen.  If a volunteer was needed, she stepped up from coaching elementary basketball to being a Nurse for school functions.  She was a cheerleader for her family in whatever activity they were doing.   She enjoyed playing cards and you would count down the minutes until she started to lose and would accuse you of cheating.  You would never feel bad though because she always said her bingo cards were fixed so she couldn’t win with that either.

Karen leaves behind her sister Elizabeth Pierce, sister in laws Ruth Brann and Hilda Lawson and many nieces and nephews.  She will also be missed by the family pet Harley who she would sneak food and treats to although she denied it.

Karen was diagnosed with COPD which took her from us but gave her back to Da.  She wanted anyone who smoked to know to quit, save your money and to go live your life.