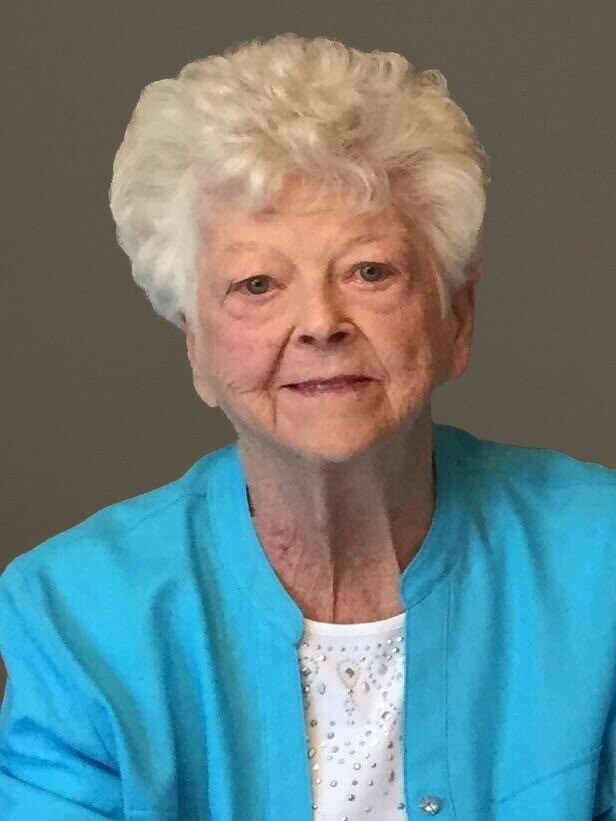 Please share a memory of Christina "Chrissie" to include in a keepsake book for family and friends.
View Tribute Book

We the family of Christina “Chrissie” Phalen, age 88, regretfully announce her passing, on Monday, August 29, 2022, at home surrounded by family.

Chrissie was born in Glace Bay the daughter of William and Mary Jane (Kennedy) Brown.

She was a longtime employee of The Royal Bank of Canada working in Glace Bay, Toronto and Sydney. An active volunteer, she was happy to donate time to her community. She was a volunteer at the first St. Anne Preschool, and for many years she made breakfast at the St. Anne School breakfast program.

Chrissie served as President of the St. Anne Society and was a 40 year member of The Catholic Women’s League of Canada. She also volunteered with the Kidney Foundation of Canada. Mom loved to travel and spent many winters with Dad in Florida.

Chrissie was a devout mother and wife, as well as a doting grandmother and great grandmother. She was a talented cook and baker. Her many special treats will be missed, especially her infamous ‘Cape Breton Pork Pies’.

Chrissie is survived by her children, Kelly Jane, Nancy (Andrew Barnes) and Paul. She will also be missed by her grandchildren Mary Phalen Bissell (Devon), Ellen Kelly, Mathew Barnes and one great granddaughter Brogan.

Mrs. Phalen is also survived by one brother Sheldon Brown and numerous nieces and nephews.

Besides her parents, Chrissie was predeceased by her husband of 63 years Gerard “Jigger” Phalen. She was also predeceased by her brothers Buster, John, Pat, Mannie, Frank, Alister, and Roy, and sisters Helen and Carmella, and special niece Wilma.

In lieu of flowers, memorial donations in memory of Chrissie may be made to the Canadian Cancer Society. On line condolences to the family can be expressed at: www.vjmcgillivray.ca