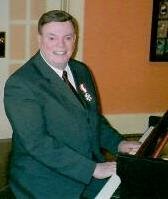 Please share a memory of Douglas to include in a keepsake book for family and friends.
View Tribute Book

Born in New Waterford, he was the son of the late Jack and Margaret (MacIntyre) MacPhee. Doug was a lifetime member of Our Lady of Mount Carmel Parish, currently the Parish Church of St. Leonard.

He was also a well known and highly respected Scottish Pianist and was a member of the New Waterford and Sydney Gaelic Societies, the Cape Breton Musicians Association, Cape Breton Fiddlers’ Association, Clan MacIntyre and Clan MacPhee.

Doug has toured often and is widely known as one of the true virtuosos of Cape Breton piano playing, a style that he very much helped create. He released six solo recordings in addition to recording accompaniment on over 60 albums with such Cape Breton fiddle luminaries as Buddy MacMaster, Donald MacLellan, Johnny Wilmot, Carl MacKenzie, John Campbell, and Joe Cormier. Doug was a recipient of the Order of Canada in 2008 and awarded an Honorary Doctorate from Cape Breton University in 2021, both honouring his musical accomplishments and archival work.

Doug has played a vital role in the foundation and growth of such institutions dedicated to music and culture as the Gaelic College in St. Anne’s, the Celtic Colours International Music Festival and the Beaton Institute at Cape Breton University, where he was employed for many years. With his encyclopedic knowledge of music, he initiated landmark archival initiatives at the Beaton Institute, thus preserving for centuries’ worth of this unique genre of Canadian music that otherwise would have been lost to history.

Thank you to Dr. Paul Murphy and the intensive care staff at Cape Breton Regional Hospital for their care and compassion during Doug’s final days. Also a special thanks to the team of angels of Doug’s close friends and neighbours who have been with him through thick and thin for decades. We the family thank you all.

Visitation will be held on Tuesday, Dec. 27 from 2-4 and 7-9 in V.J. McGillivray Funeral Home, 380 Smith Street, New Waterford. A Funeral Mass of celebration will take place on Wednesday, Dec. 28, 2022 at 10 a.m. in the Parish Church of St. Leonard, Mount Carmel Avenue, with Father Joe MacKenzie, Doug's cousin, officiating. Burial will be in Mount Carmel Cemetery with a reception to follow at the Knights of Columbus Hall, Plummer Ave., New Waterford. Music has been arranged for the Mass, however, the funeral home welcomes local musicians to come and play a tune for Doug during visitation hours. Donations in his memory may be made to the C.N.I.B., Hospice/Palliative Care Society of Cape Breton, Parish Church of St. Leonard, or charity of choice. Online expressions of sympathy may be sent to family at: www.vjmcgillivray.ca.

Share Your Memory of
Douglas
Upload Your Memory View All Memories
Be the first to upload a memory!
Share A Memory