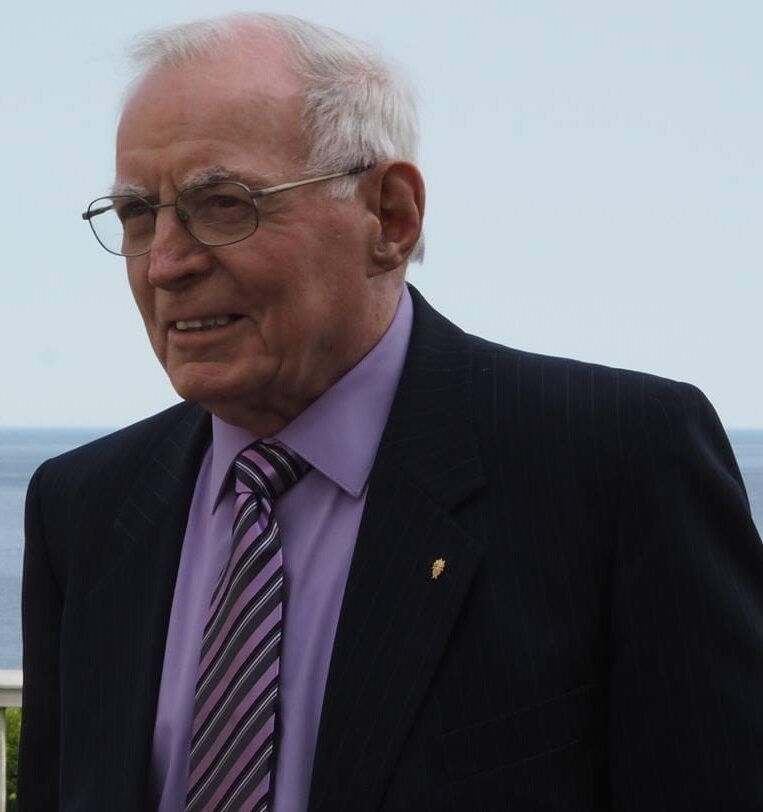 Please share a memory of Gerard to include in a keepsake book for family and friends.
View Tribute Book

Gerard McNeil passed away January 18th, 2023 at the age of 92 at the Glace Bay Hospital. He is survived by the love of his life, his wife Audrey (McLean) R.N., daughters, Paula (MacLeod), Donna (Bob) Smith and son Michael (Carm McNeil).

He will be forever missed by his grandchildren, Liam McNeil, Gillian Fougere, Mary Colleen (Rob)MacDonald, Nicole (Martin) Pyra and by five great grandchildren. He is also survived by his sister, Theresa Curnew.

Gerard worked in the engineering- production department, Devco and in 1973 obtained his B.A. degree from St. F.X. through the company. He was a devoted member of Immaculate Conception Church, Bridgeport where he was choir director for many years. He was also a member of the men's club, St Vincent de Paul and a member of the 4th Degree KOC, Council 1060, Sydney as well as a member of the KOC, Council 1953, Glace Bay. His lifelong devotion to his faith began as the first altar boy at Holy Cross Parish, Glace Bay.

Gerard was an original member of the Men of The Deeps. He wrote the lyrics for their song, Coal by The Sea (music by Jack O'Donnel).

The funeral mass will be celebrated on Saturday, January 21 at 11 a.m. in Immaculate Conception Church, Bridgeport followed by a reception at Dominion Legion. Burial will be held at a later date. Fr. Dan Boudreau presiding.

The KOC will gather at the funeral home at 5 pm on Friday for a prayer service.

Memorial donations in memory of Gerard may be made to a charity of one's choice. On line condolences to the family can be expressed at: www.vjmcgillivray.ca